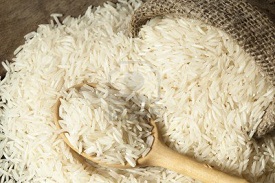 Rice is the most widely consumed cereal grain for a large part of the world's human population and is by far one of the most important commercial food crops. It is the agricultural commodity with the third-highest worldwide production and is the most important grain with regards to human nutrition and caloric intake, providing more than one fifth of the calories consumed worldwide by humans. We deal in following types of rice.