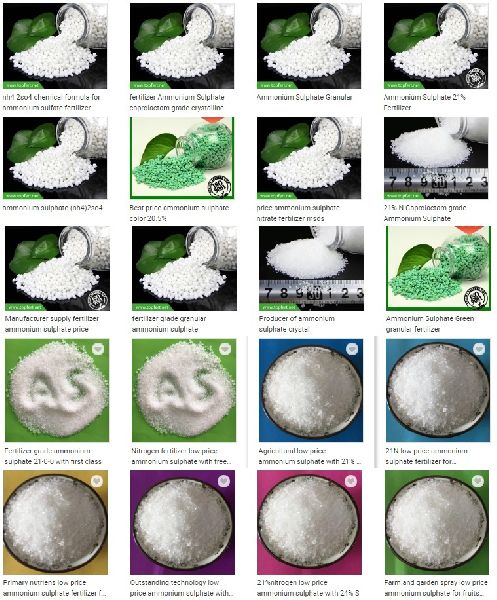 Ammonium sulfate (American English and international scientific usage; ammonium sulphatein British English); (NH4)2SO4, is an inorganic salt with a number of commercial uses. The most common use is as a soil fertilizer. It contains 21% nitrogen and 24% sulfur.

Ammonium sulfate [(NH4)2 SO4] was one of the first and most widely used nitrogen (N) fertilizers for crop production. It is now less commonly used, but especially valuable where both N and sulfur (S) are required. Its high solubility provides versatility for a number of agricultural applications.

Ammonia is used in the production of liquid fertilizer solutions which consist of ammonia, ammonium nitrate, urea and aqua ammonia. It is also used by the fertilizer industry to produce ammonium and nitrate salts.

Uses. The primary use of ammonium sulfate is as a fertilizer for alkaline soils. In the soil the ammonium ion is released and forms a small amount of acid, lowering the pH balance of the soil, while contributing essential nitrogen for plant growth.