softwood are available in various origins & species across Russia, Romania, Ukraine. We concentrate on supplying of romanian softwoods lumber, ( export construction grade) such as spruce and fir and russian softwoods such as russian spruce and pine (russian export grade, SF 1-4 or known as SF (A+B) for Middle East market ) from the best regions suitable for the growth of the high quality wood including Siberia, Komi, Perm, Arkhanglesk and other regions. We could also supply pallets boards of Ukraine origin made of pine and spruce/fir. Our Softwoods offering ranges from South America , Europe and New Zealand. European Spruce/Fir Nondescript whitewood; unifrom grain. Relatively strong; soft for its weight; stable. Works easy, resists splitting; takes paints and fasteners well.   European Pine Its inherent qualities of high strength, durability, treatability and design versatility make it a primary building material, earning it a reputation of being the best structural lumber.

West Malaysian Meranti The timber has good machining properties as it can be easily sawn, planed, bored or turned giving smooth machined surfaces. It also has good nailing and screw-holding properties and is easy to stain and glue. Of even more significance is its superior durability and insulation properties compared to other timbers commonly used for window frames such as Pine, Spruce, Fir, and Hemlock. 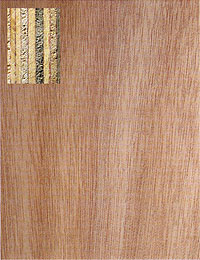